All About Apple’s Lawsuits 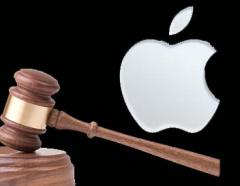 As of January 5, Apple corporation is facing over 26 lawsuits regarding the allegated slowing of older iPhone models. Allegedly, Apple has engineered this to force customers into purchasing the newer iPhone every two years, which tend to go up in price every release.

The issue with the updates for anyone with an iPhone 6s or older is that Apple linked the slowing down of the processing performance for iOS 10.2.1 to the phone’s battery health. So, if it takes longer for a phone to process information, the battery drains faster.

“It is wrong to do this just so that [Apple] can get people to purchase newer and more expensive iPhones. I do not think this is fair, because people with older iPhones are still their customers and have still spent money on their phones,” sophomore Brooke Lemen said.

Apple did not disclose the possible slow processors in their update descriptions for version 10.2.1. Once customers of the iPhone realized that their phones were slowing again after the iOS update and new iPhone release, they began suing Apple.

“I don’t think Apple should be punished for this. If people are that worried about it, then they should switch to a new kind of phone, like a Samsung,” senior Jessi Dorough said.

To relieve the situation, Apple lowered the prices for new batteries to $29. Customers who have replaced the battery have explained that their phone has restored to normal activity, according to TechRadar.

“I think it was nice of Apple to at least lower the prices of batteries, but I don’t think it fixed the problem because they are still being somewhat deceitful,” senior Aiyana Patterson said.

To stay updated on the status of the lawsuits, visit www.techradar.com.