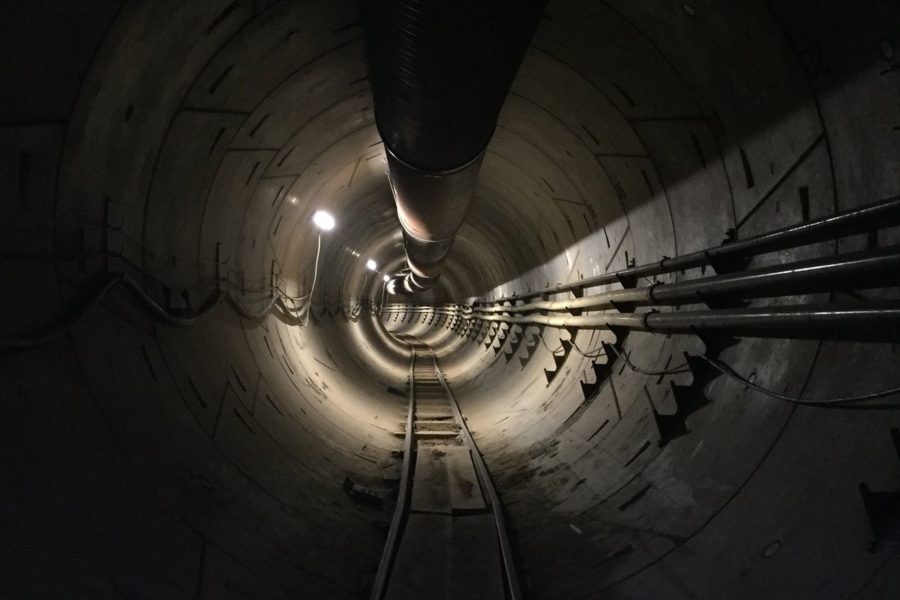 This is the first picture Elon Musk has shared about the LA tunnel construction.

Elon Musk is attempting to cure Los Angeles of its traffic problems by digging a large tunnel under California where cars can go way faster than the speed limit and skip all of the traffic.

“A large network of tunnels many levels deep would fix congestion in any city, no matter how large it grew,” read a statement from Musk’s “Boring Company”.

Musk said the tunnel is 500 feet so far, and will reach two miles long in about 3 to 4 months. The goal is to stretch the tunnel along Interstate 405 from Los Angeles International Airport to U.S. Route 101 in a year.

“It’s crazy what this guy can do with anything. He is such a smart guy, and it seems like he is really changing the world,” senior Andrew Pischota said.

The Boring Company was inspired by Musk’s frustrations with LA’s notoriously congested traffic. Operating beneath Interstate 105, the tunnels would hold large electric skates that could transport cars at speeds of up to 150 mph, according to an article from NBC.com. It will cause there to be less traffic in Los Angeles. Cars will be taken from the road down to the tunnel and shot through the tunnel.

“With this technology, we can move it throughout the world. If he is going to succeed, this could change the world for the better. It could be a transportation revolution,” sophomore Shelby Crim said.

Tunneling experts have been extremely skeptical about the Boring Company’s plans. They point out that the actual digging is the least of a tunneling firm’s problems—it has to construct supports behind it as it goes, haul soil to the surface, and monitor for construction damage, and keep track of where delicate utility lines are buried. The Boring Company says it is investigating using soil to build bricks to support the tunnel walls instead of bringing it to the surface and dumping it elsewhere.

“Musk came up with the Boring Company in late 2016 while stuck in LA traffic. He could destroy the scourge of congestion, he figured, by building layers upon layers of underground tunnels, each just wide enough for a personal car or a multi-passenger pod. Those vehicles would ride on electric skates that would zoom everyone along at triple-digit speeds. And, he insisted, he could do it far more cheaply and at least four times faster than typical tunneling tech,” according to an article from Wired.com.

The first step in the construction process is to create a 6.5-mile “proof-of-concept” tunnel that would allow the Boring Company to run tests that could eventually lead to approval from the Los Angeles county and city governments to expand the tunnels and use them for public transportation. Musk also hopes to build tunnels in Chicago and between New York City and Washington D.C., according to CNN.com.