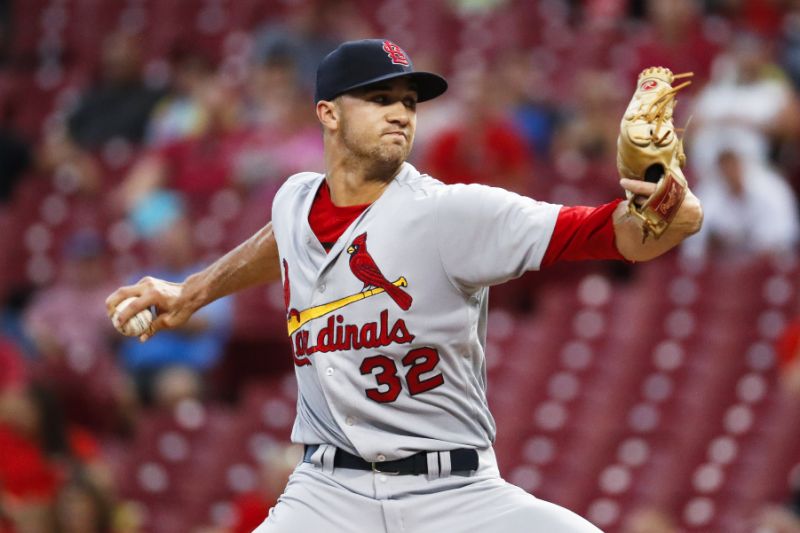 The National League Wildcard game was set for October 2. If the Cardinals had made it, Shildt would have had a tough decision to make regarding the starter.

“Personally I think Flaherty deserves the start just because he has looked like the better pitcher lately,” junior Emma Hayden said.

Focusing in on Miles Mikolas, he is currently tied for the league lead in wins with 18. His K/9 of 6.5 is much below league average, but he compensates with a league leading 1.3 BB/9. His FIP is 3.28, which is above his ERA that sits at 2.83, that indicates that he has been getting lucky in getting outs. That could leave room for concern.

“Mikolas has been amazing this year. He has to start the Wildcard game in my opinion,” junior Adam Thomason said.

Jack Flaherty has been well above league average this season. His ERA+ sits at 116, his WHIP is just a tad above one, at 1.106, and his K/9 of 10.8 is among the highest in the league. His high HR/9 of 1.2 could be troubling to some, but his 3.34 ERA indicates he has worked well around his homers he has given up.

“The decision will be tough for the manager to make, but it is a good problem to have. You cannot go wrong with either,” junior Connor Price said,

In the end, Mike Shildt will not have to decide who will get the start, because the Cardinals missed the postseason.