NFL: First Half in Review 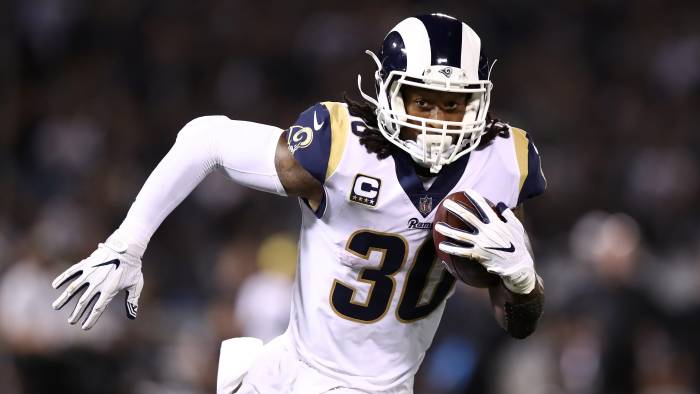 The NFL season is six weeks in and only one undefeated team remains.

The Los Angeles Rams are 6-0 on the season with a +78 point differential. They have been led by their young quarterback Jared Goff, who has had a very strong start to his season. Through six games he has almost thrown for 2,000 yards and he has a much higher quarterback rating compared to last season. It is at 79.2 this season as opposed to 52.1 last season.

“The Rams have been very impressive this year. I have them winning the Superbowl,”  senior Mario Gonzalez said.

Another major catalyst to the Rams’ success is running back Todd Gurley. The 24 year old leads the league in rushing yards,623, and touchdowns, nine. He is blowing what was widely regarded as his breakout year in 2017 out of the water. In 2018 he has averaged sixteen more yards per game, while only having four less touchdowns in nine fewer games.

“Todd Gurley is a top three player in the NFL. He is my pick to win the MVP in the NFC,” junior Ethan Seymore said.

The Chiefs were also undefeated before falling victim to Tom Brady’s Patriots this past week. Their hot start was headed by second year quarterback Patrick Mahomes. The tenth overall pick only started one game last season, as he was overshadowed by Alex Smith. This year he has gotten his chance to shine. He leads the league with eighteen touchdowns and has a league leading 85 quarterback rating to couple with it.

“I am a big Chiefs fan, but even I didn’t see this incredible start happening. Mahomes has been superb,” junior Blake Haffer said.

The Los Angeles rams face the Packers this week. They will look to carry on their undefeated season.