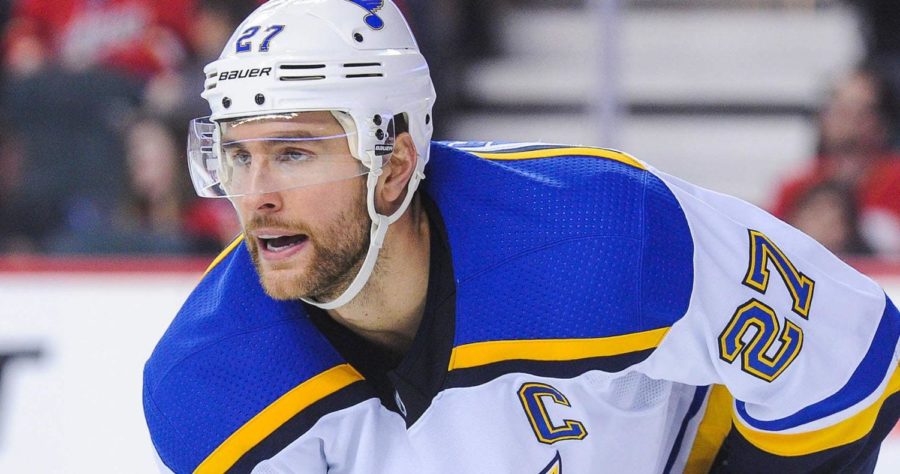 The Blues headed into the season with high hopes. Since then, things have changed.

Over a quarter through the season, they have put up an abysmal record of 9-16. There are lots of reasons why the Blues have fallen in the standings despite the high expectations. Jake Allen’s numbers have dropped since last season. In nineteen games, Allen is 7-10 with a 3.24 goals against average and an .896 save percentage.The Blues’ top defenseman Alex Pietrangelo has a plus minus of eight on the season thus far

“The Blues have not lived up to all the hype they had going into the season. It seems that every year they have sky high expectations and then just fall short. I have never really paid much attention to hockey, but anyone can see how disappointing the Blues have been in recent memory,” junior Emma Giltner said.

However, the Notes have had their fair share of well performing players. In his inaugural season, center Ryan O’Reilly has 28 points, 12 goals and 16 assists. He was acquired from the Sabres in the offseason in exchange for forwards Vladimir Sobotka, Patrik Berglund, Robert Thomas, and a draft pick. Tarasenko has put up similar numbers to O’Reilly, tallying nine goals and 11 assists on the season.

“Tarasenko is always a threat offensively, but I did not expect to get these kind of numbers out of O’Reilly,” junior Jacob Justice.

Injuries have been of concern for St. Louis. Alex Pietrangelo, Alexander Steen, Brayden Schenn, Robby Fabbri, and Jaden Schwartz are just a couple of players who have missed time due to injuries.

“To add onto the slow start, the Blues also had lots of injuries. Not good timing,” junior Blake Haffer said.

The Blues host the Avalanche this Friday.