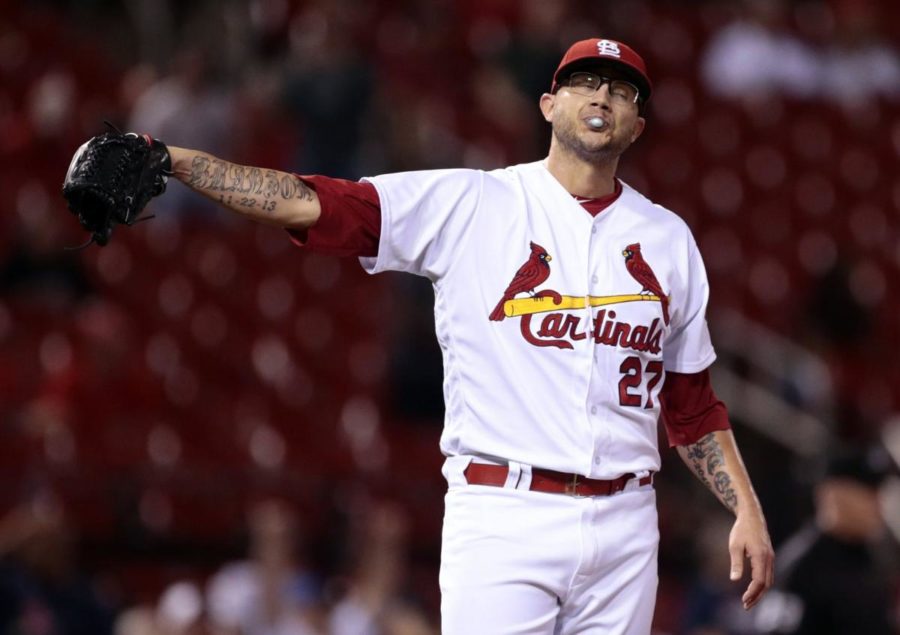 In recent years, the Cardinals have been bit by many disappointing contracts to free agent relievers, but does the trend continue?

The trend started when Brett Cecil was signed to a four year contract in the end of 2016. When he debuted for the 2017 season, Cecil started off his Cardinal tenure with an ERA well over four for most of the season; he finished with a 3.88 over 67 innings. Cecil followed that up with an injury prone, rough 2018. He pitched in only 32 innings, and over that time he allowed 27 runs, good for a 6.89 ERA.

With that, Luke Gregerson was also signed on for a two year deal at the start of the 2018 season. Gregerson, who is still under contract with the team, pitched only 17 innings during 2018, and allowed 10 runs, good for a 7.71 ERA, and spent the rest of the 2018 season battling a variety of injuries, and has started off the 2019 season the same way.

Greg Holland was another reliever signed on for 2018, and unlike the other two, Holland failed to reach the end of his contracted time with the club. Holland pitched 25 innings, with a 7.92 ERA, by far the highest of his career. He also walked as many batters as he struck out, 22, and allowed the same amount of runs. He was released in late July before being picked up by Washington.

Finally, this season, Andrew Miller, another big free agent reliever contract, has not looked very promising, as he has started off with a 6.50 ERA with a control issue, though it is too early to tell for sure.

With that said, some of these relievers might not have had enough time to figure themselves out. Miller has only been a Cardinal for three weeks, and Gregerson has not pitched many quality innings and has dealt with injury since joining the team. Given enough time, both could turn into quality relievers, especially since both have been quality relievers for extended periods of time in their careers.

With Holland, the results seemed to be an anomaly. Holland had never struggled that badly in his career, and the lack of spring training he had received in that season might of played huge role, though when he signed on with the Nationals, he turned around his season and pitched very well in very high leverage situations.

Finally, for Cecil, the lefty has been at least average during his Cardinal career. However, with injuries all of last season, and this season, the team has not seen all of what Cecil can do, especially now that he has dropped 40 pounds going into 2019. In, total these four relievers have compiled a total cost of $93.5 million dollars to the club, and three of which are still under contract with the team.

The teams biggest problem with all of these relievers is that they were past their prime when the contract was signed. If the team could have spent a little more to get a younger arm or two, the problem could of been avoided.