How to Not Let Your Brain Rot During the Summer 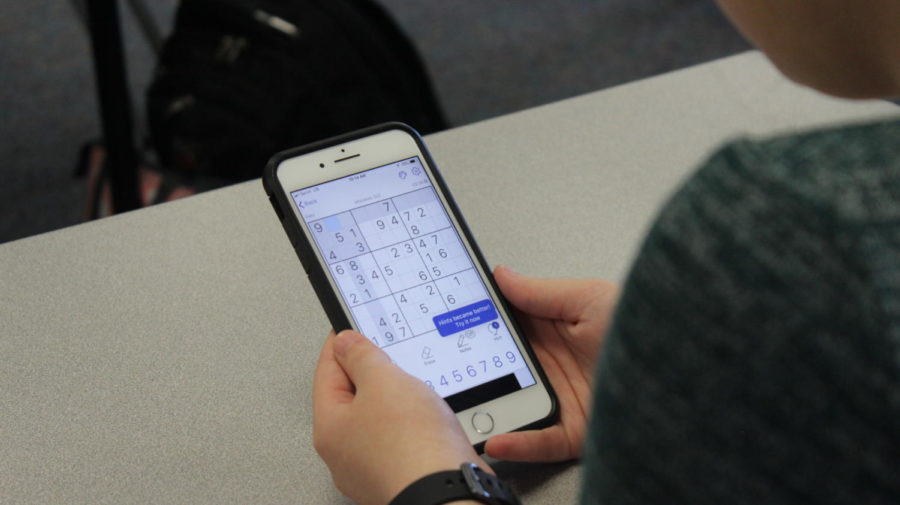 Over the school year, students are exposed to a lot of information; however, over those two months of beach vacations and spending their days in the hot sun, they risk losing that information.

Statistics show that during summer vacation studying for two to three hours each week makes it harder to suffer from summer learning loss, which can start as early as first grade, according to Oxford Learning. The Glossary of Education Reform defines learning loss as any specific or general loss of knowledge, most commonly due to gaps in education.

“Every year we build on something that you learned the year before, and if you start the school year having forgotten everything that you learned […] you are going to be at a disadvantage from everybody else who stills remembers it. So, it is really important that students still have that knowledge from the last year to build up for the future,” language arts teacher Erica Wagner said.

Statistics show that, after a summer, students have lost a month’s worth of overall learning. From the beginning of the school year, it could take up to two months to re-learn all the lost information, according to Oxford Learning.

“I think – no matter what – there’s a little bit of time at the start of the school year where you are having to review… the things you did before, but the more regression you have over the summer you will be repeating too much at the beginning of the year, and then it slows down your acquisition of new knowledge,” college and career counselor Stacey Nielsen said.

Despite this, a study about the effect of suggestive language on poster for “brain-games” conducted by researchers at George Mason University show that the use of “brain-games” simply have a placebo effect and can lead to false positive finding. Wagner disagreed.

“Doing things like Sudoku, Crosswords, and those games for your brain are… really helpful for retaining that information. Although most students might not want to do it, I think reviewing your notes from the previous year definitely helps too,” Wagner said.

The subject students suffer most of their loss in is math. Over the summer, students can lose over two and a half months of math skills, according to Oxford Learning. An edutopia.org article about ways to prevent summer learning loss says doing three to four math problems per day can help avoid the loss of math skills.

“It makes the beginning of the year a lot harder, because you have to reteach a lot, and  it takes a lot of time away from other content that you need to cover,” math teacher Elizabeth Cole said.

The same Edutopia article said that self-quizzes and high-interest stories can help students scholastically and with comprehension skills and fact-retaining skills. These can be found at online outlets and teacher supply stores, as well as online.

“Reading can expose you to other knowledge, so mixing in some non-fiction reading as well as things you’re interested in will help keep you engaged,” Nielsen said.

Some tips to prevent learning loss include literacy practice, talking about surroundings to establish background knowledge and vocabulary, and visiting educational buildings such as museums.