Why Marching Band IS a Sport: An Op/Ed 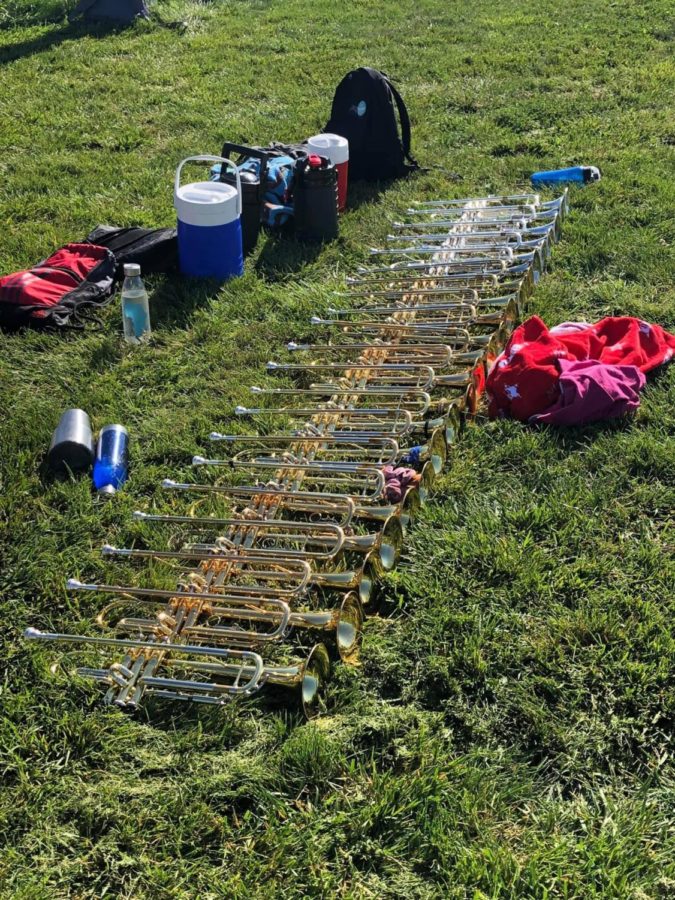 When most students at Timberland high school think of marching band, they assume it only involves walking around a field while playing an instrument or effortlessly spinning a flag. Most students believe marching band is not a sport, but rather a performing art. According to the Oxford English Dictionary, a sport is “an activity involving physical exertion and skill in which an individual or team competes against another or others for entertainment.”

A big misconception about marching band is that the participants don’t do enough to be considered a sport. What students outside of the band rarely see is the summer vacations skipped, Saturdays spent at competitions, weeks in the Missouri heat at band camp, and freezing cold early morning rehearsals all filled with intense physical activity. For almost five months the band works to create the perfect performance. “We rehearse two days a week pretty much all summer, then go to two weeks of band camp. Once school starts, we get to school by 6:30 for rehearsal every morning and we continue to rehearse after school two days a week,” junior Grace Darnell said.

Students are expected to memorize music and choreography while marching in perfect timing at a fast tempo and performing to an audience for eight to ten minutes straight. Some students have to hold a 20 to 40 pound instrument, and everyone has to memorize up to 100 spots and go to them in a specific order and amount of time. These things all require a great amount of physical and mental endurance. In comparison, golf, an activity which is considered a sport contains far less physical activity than marching band. Golf players typically get to travel through the golf course by riding a golf cart and only have to stand when it is their turn to hit the ball, whereas marching band members must march all over the field and stand for hours straight during rehearsals.

Although marching band is scored by judges rather than competing head-to-head with other teams, marching band is still highly competitive. Marching band is split into smaller categories, similar to how most sports teams are in divisions. Judges lower the bands score for every little mistake, whether it be a single member takes a step at the wrong time, someone played a wrong note, or a color guard member dropped a toss. This is the same way that other popular school sports are run. For example, swimming requires judges as well, who will lower scores if a swimmer were to make an incorrect stroke.

According to the basic definition of sport, marching band should be classified as one. This is because marching band demands a large amount of physical activity, marching band members have to rehearse for an extreme amount of time during the season and the band competes in plenty of competitions. Most students will never know the difficulty of marching band, so it is unjust to assume that it is not a sport.