Cold Shoulder? An Op/Ed on the THS Dress Code 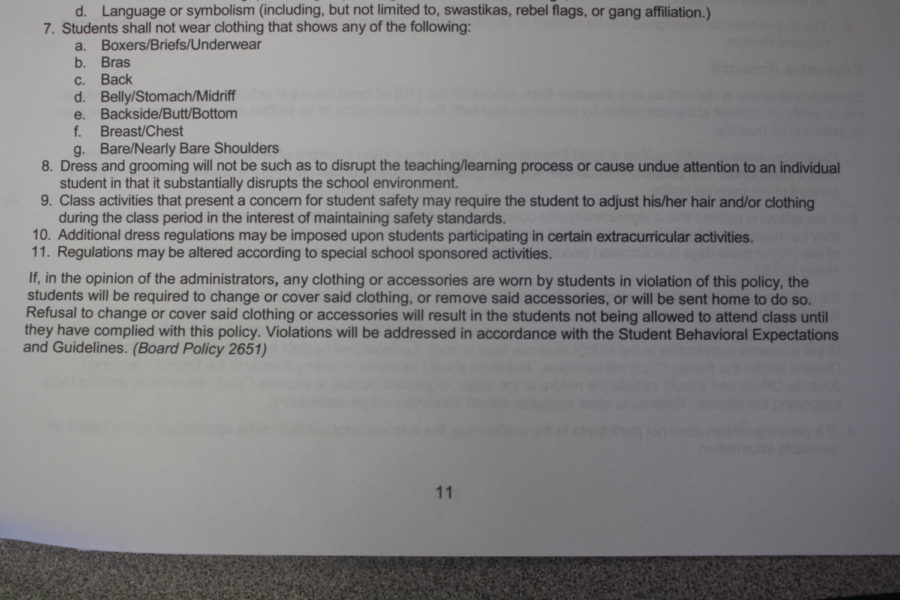 How many times have you walked through the doors of school, wearing a shoulder revealing top, only to be stopped by an administrator, who proceeds to tell you that you need to “cover up”?

Adolescent girls shoulders have been oversexualized for decades, and Timberland High School is no exception. Though lenient some aspects of the code, THS has penalized young women for baring their shoulders in an effort to limit the amount of distracting or inappropriate clothing worn in school for as long as most can remember. However, the rule seems unnecessary and oversexualizes young women.

“Shoulders are not sexual in any way and should not be perceived as such,” junior Cayden Barbarick said.

This may be surprising, but most people have shoulders. Thus I, along with the majority of the female student population of THS believe that the code serves as a double standard between female and male peers.
Barbarick explained, “I’ve witnessed male classmates showing off their shoulders in shirts, like cut-offs and tank tops, getting dress-coded.” The double standard causes tension and division between the genders and is clearly targeted towards girls.

“There’s nothing inappropriate about our shoulders,” sophomore Mya Taylor said.

Taylor also agrees that there is a double standard of the rule. Taylor even regarded the dress code and the process of reinforcement as “stupid” for turning a blind eye to her male classmates “sagging their pants”.Sagging, which involves lowering one’s pants to reveal undergarments and possible sexual organs; is a common trend among young adult males. However, shoulders are seemingly treated as more of a distraction upon a learning environment than not wearing pants.

“It’s easier to say ‘no shoulders’ than it is to say ‘this shirt is okay, but this one is not,’” said Principal Reckker.

The principal is only one of many that agree with the dress code and what it states.Dr. Theodorakos, a social studies teacher, said that “the dress code keeps things in order, yet gives kids freedom to show personality.”

“I guess it helps with keeping things covered up as far as tank tops showing your chest,” said Barbarick.

Many believe that this code needs to be changed, while others do not see a problem with it. Though one, simple, rule can make all of the difference in our school.