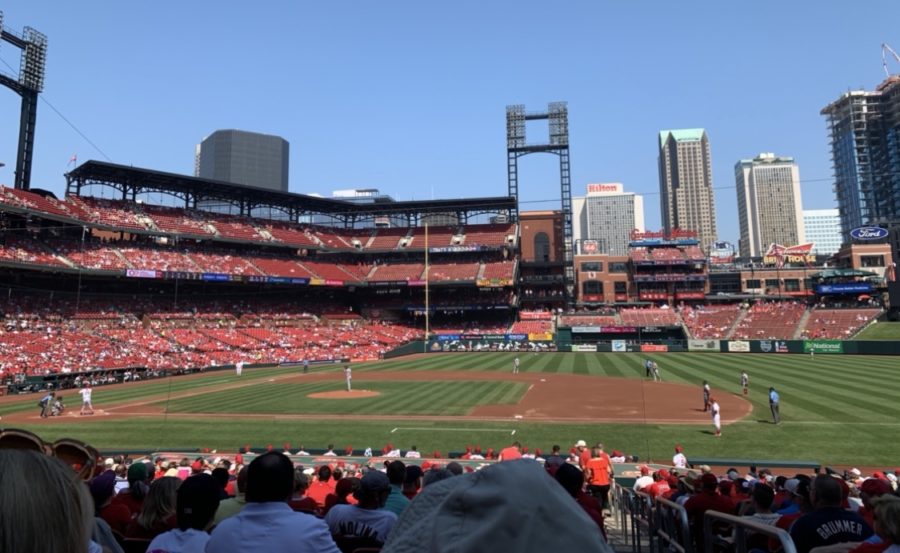 A view of the interior of Busch Stadium.

St. Louis’ bullpen has been the most valuable in the National League this season.

In 2018, the Cardinals’ bullpen was among the worst in baseball, in terms of wins above replacement. Their closer Jordan Hicks was still developing, and they did not have someone they could rely on from the left side. Brett Cecil was supposed to be the reliable lefty, however injuries have riddled his time in St. Louis. Former manager Mike Matheny’s stark management of the pen was criticized almost daily by fans and media alike.

“Without the bullpen being as good as it has been this season, I don’t think the Cardinals would be a playoff team,” senior Jacob Justice said.

This year under Manager Mike Shildt, the Cardinals bullpen has made a complete 180. Free-agent signing Andrew Miller has risen as the team’s reliable lefty option, as has Tyler Webb, who was picked up off of a waiver claim from the Yankees. Flamethrower Jordan Hicks is out with tommy john, however Carlos Martinez has risen as the club’s closer down the stretch of the season.

“Andrew Miller has really showed up big time after a slow start to the season,” senior Harrison Riebow said.

Among all bullpens in baseball, St. Louis’ is among the most valuable. Their earned run average, walks hits plus innings pitched, strikeouts per nine, and fielding independent pitching all lead the major league circuit. Giovanny Gallegos was acquired from the Yankees as part of the Luke Voit trade, and has risen as one of the best relievers in baseball, at the age of only 26.

“The Cardinals easily won the Voit trade, looking back at it,” senior Connor Price said.

The dominance of the pen has led St. Louis back into postseason play.