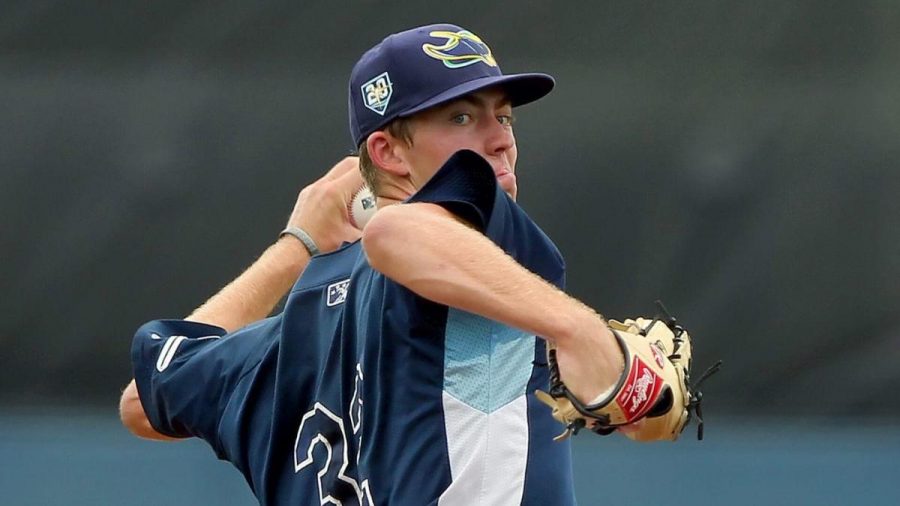 The Cardinals have struck up a significant trade with the Tampa Bay Rays, acquiring top pitching prospect Matthew Liberatore.

This trade was one that really did make sense for both sides. The Rays needed outfield help, and that is exactly what they got from the Cardinals. Jose Martinez and Randy Arozarena will be sent from St. Louis to Tampa, in exchange for Liberatore, and catching prospect Edgardo Rodriguez. Both sides also exchanged a 2020 Compensation Round draft pick in the trade.

Let’s start by looking at the Cardinals return. Liberatore is a 20 year old left hander that pitched the entirety of 2019 in Class A Bowling Green for the Rays, and he did so rather successfully. He had a 3.10 ERA and a 3.19 FIP 78.1 innings pitched, and struck out 76 batters over that time. Given his age and success in the minors so far, Liberatore should start his time with the Cardinals in AA Springfield, and has an ETA of roughly late 2021 on his MLB debut. The other piece, Edgardo Rodriguez, is a 19 year old catcher. Rodriguez played in the rookie league last season with the Rays, but only appeared in 10 games. He batted .400 over that time, though it is an incredibly small sample size. He also did not commit an error behind the plate during that time. He is distant from the major leagues, so a projected outcome for him is very hard to guess.

As for the Rays, they will be getting a good hitter in Jose Martinez, who projects well in the AL due to his lack of fielding ability. Martinez is a contact first type of hitter who posses some power, as he’s batted .298 with 41 home runs over nearly 1300 major league plate appearances. The 31 year old projects to split time as DH with Yoshitomo Tsutsugo in Tampa. The other piece is soon to be 25 year old Randy Arozarena, who made his MLB debut down the stretch last season. Arozarena has hit at every level he’s played at in the minors, including his short stent in the majors. Arozarena too is known for his contact ability, but possess good speed, some power, and is a very good defender in the outfield.

What made this trade possible for the Cardinals was their extreme amount of outfield depth, specifically from the right side of the batter’s box. Prior to the trade, the Cardinals had seven outfielders on their 40 man roster, five of which were right handed, and one is a switch hitter, Dexter Fowler. Trading Martinez and Arozarena clears space for blocked players, such as Lane Thomas and Tyler O’Neill to have more playing time, and gives them more room to acquire a left-handed outfield bat, something they’ve been shopping around for. That bat could come in the form of Joc Pederson. The Cardinals could also use this new found roster freedom to pursue a trade of Rockies third baseman Nolan Arenado, or Red Sox outfielder Mookie Betts, though both are right handed, but create enough presence in the lineup not to matter.

One last thing the Cardinals are losing in Martinez is a good team player. Martinez was a player who openly said how much he fell in love with the city while playing here, and kept the dugout very lively during the games.