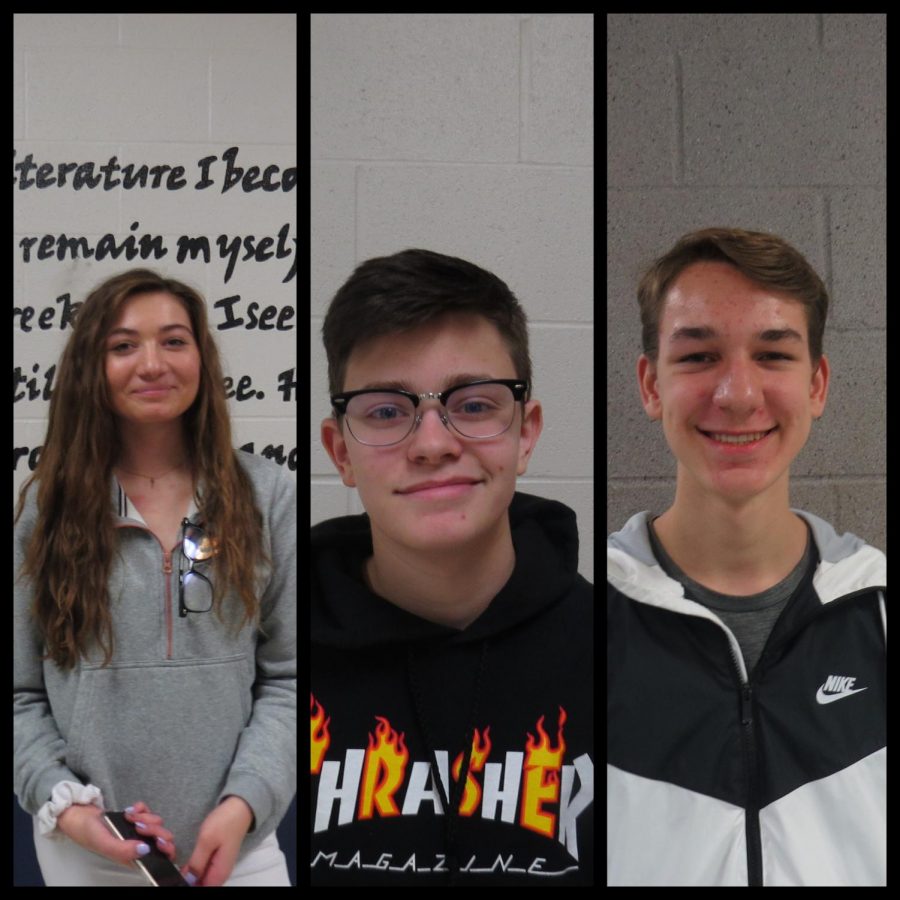 “My reaction was priceless, because I never thought that a video of mine would blow up,” junior Ariana Cooke said. ”At first, I took it as a joke, and then I realized it started getting serious.“

Cooke, arianaacooke on Tik Tok, gained fame after posting a video singing a parody of the nursery rhyme, “Do Your Ears Hang Low” to her brother. Cooke replaced the lyrics with jokes about her brother being rude to her. This was Cooke’s second video on the app and the first to achieve popularity.

“[I admire] Mark Anastasio because he comes up with really good concert and he kind of reminds me of me, with how he started,” Cooke said. “You just have to be creative to come up with your own concept, that’s how I started. and just remember to be you.”

Cooke now has approximately 574,400 followers along with a total of 7.6 million likes on her videos combined. Cooke said she dedicates at least six hours a day to Tik Tok. Though she isn’t the only one with such notoriety.

“[It was] kind of like unbelievable at that point …It’s crazy to look at sometimes.”

Lintzenwick, currently works as a cashier at Coldstone in Lake St. Louis, where his viral video took place. In the Tik Tok, he drove into the drive through of the store on one of his off days and ordered. Within a few days, he had reached 100,000 views.

“So I was at work… and were all watching it just go up drastically,” junior Cooper Lintzenich said. “Just make something that you think is funny, cool and gets approval from your friends.”

Lintzenich said develo[ed this philosophy from tik toker, ‘Nice Michael’ . He admires the casual yet comical nature of his videos. Lintzenich said he aspires to have the same quality, and currently has 49,500 followers along with a collective 927,000 likes from his posts.

“I was really excited [when my video went viral] because I was just joking around with my friends,” sophomore Nathan Smith said.

Smith, gained over 330,000 with a comical, dance video he made with his friends.

Smith said he admires Charli D’amelio, a well known dancer on Tik Tok, for the originality of her dance moves. However, Smith prefers to stick to comedy, and said that he spends at least an hour a day making tick tocks.

At this time, Smith, Cooke, and Lintzenich all put a lot of hard work and dedication into their work. The three of them have collectively have over 600,000 followers and many more likes.