Missouri is not a Bad State 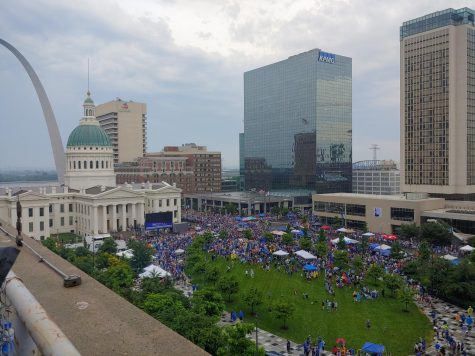 The middle of the country is often referred to as “the flyover states.” Many Americans consider the Great Plains states as dull, monotonous fields of corn, cows and little else. Missouri especially gets that reputation, including among its own citizens. St. Louis is a crime haven, Kansas City is Missouri’s California and the rest of the state is desolate farmland featuring towns with names like Farmington, Ironton and Irondale.

It is easy to understand why Missouri gets this reputation, too. North of I-70, there are few towns with populations larger than 10,000. The state features only two large urban centers — St. Louis and Kansas City — but even those are not that large when compared to truly large population centers like New York and San Francisco. The is only one major landmark in the state — the Gateway Arch — and the state does not  feature any major national parks like some states farther west to redeem its status.

Despite this, Missouri is not a boring, unimportant flyover state. While everything aforementioned is factual, especially about the emptiness in the middle and especially the north of the state is true, Missouri has tons of interesting attractions and special aspects, as well as numerous geographic, and demographic facts that increase its relevance.

The Gateway Arch is the only major national landmark within the state, but all across the states are smaller attractions that bring thousands of tourists each year from outside Missouri. Branson is one good example, with a whole host of attractions that drives people to come, including one of the nation’s most renowned Titanic museums. Also, tourist destinations like the Lake of the Ozarks, Elephant’s Rock and Meramec Caverns makes the state an extremely attractive place for tourists.

Missouri also boasts a roster of sports teams. The St. Louis Blues and the Kansas City Chiefs both won their respective sports’ championships over the past two seasons which has aided in making the two teams even more well renowned. The Blues especially brought that state more recognition as this was their first Stanley Cup victory in history. The St. Louis Cardinals, and the Kansas City Royals are also well known national sports teams in Missouri.

All in all, on the surface Missouri appears to be a rather boring state, but a closer look reveals that the 11th largest state in the Union is in fact far more appealing than it first seems. Boasting tourist attractions, renowned sports teams and a whole host of national and state parks that attract many tourists, Missouri is in fact not just another flyover state.